Aquila’s impact at the 2019 Miami International Boat Show was the latest chapter in a modern-day example of the proficiency and quality of boats made in China, one of Asia’s leading yacht-building nations. 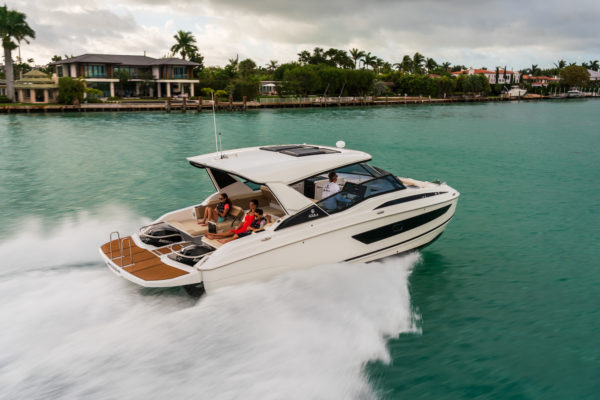 Built at a Sino Eagle shipyard in Hangzhou, southwest of Shanghai, Aquila’s power catamarans are becoming increasingly popular around the world and not just the US market that initiated the creation of the brand and the purpose-built facility in 2012.

In Miami, Aquila staged the world premiere of its 32, which earned a lot of attention for its aft platform that wraps around the back of two Mercury outboards. As if that wasn’t clever enough, the platform is also available in a hydraulic lifting version, technology usually seen on much larger luxury motor yachts and superyachts.

The innovation didn’t stop there. The company also debuted its revolutionary Aquila Hydro-Glide (AHG) Foil System, designed to pick up 40 per cent of the weight of the boat and offer up to 35 per cent in fuel savings, according to Lex Raas, the company founder and President, Aquila at MarineMax.

Production at the yard is increasing rapidly, due to the models’ growing popularity and also an increasing demand in new markets, a strategy headed by Hong Kong-based Yvan Eymieu since his appointment as International Sales and Distribution Manager in 2017. Simpson Marine has since been appointed Aquila’s representative in Southeast Asia, while Yacht World in Korea is among other dealers in Asia, ordering two units of the 44. 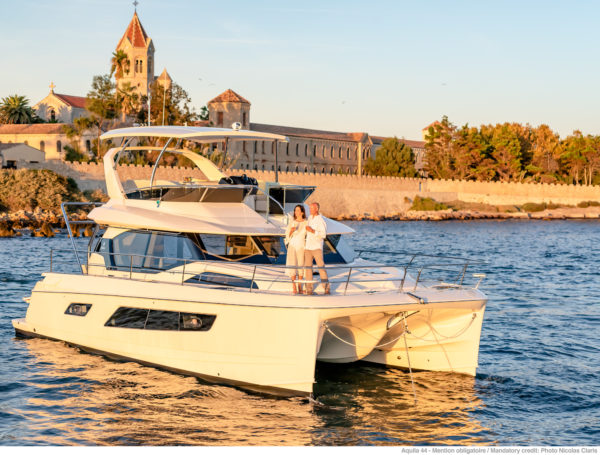 An Aquila 44 in Europe, one of many growing markets for the China-built power catamarans along with Asia; Photo: Nicolas Claris

The Hangzhou facility now employs 275 staff and has scaled up production significantly to 95 units a year, a huge growth considering it took five years to build the first 100, albeit with slightly bigger models on average.

Today, the non-US market accounts for 25 per cent of sales, up from less than five per cent in earlier years. And you can now see Aquila at major boat shows around the world.

In January, Aquila displayed a 44 at the Thailand Yacht Show and RendezVous in Phuket and had a booth at Boot Dusseldorf before showcasing a full selection of their models in Miami in February.

Working with its growing dealer network, Aquila went on to exhibit a 36 at the Singapore Yacht Show and a 44 at both the International Multihull Boat Show at La Grande Motte in France and the Palma International Boat Show in Spain.

In fact, the brand exhibits at most major boat shows in the US, Australia and Europe, and plans to show the 32, 36 and 44 at the Cannes Yachting Festival in September.

Elsewhere in China, Kingship Marine in Zhongshan, north of Macau, is keeping busy with a range of projects including the Grand Voyager 144, a sub-500GT steel-hulled motoryacht with a plumb bow, long waterline and fast displacement hull. 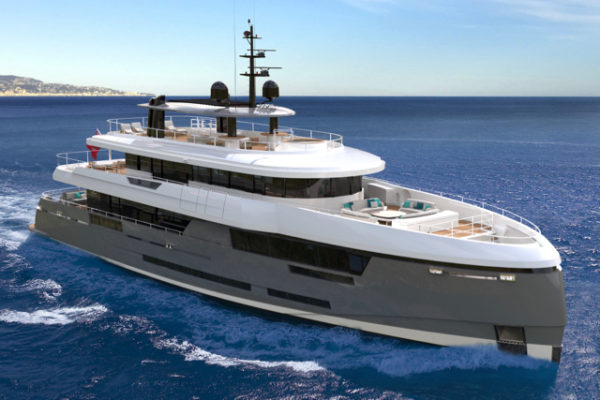 Camper & Nicholsons is the Central Agent for the Kingship 44M

Founded in 2004 by Roger Liang, Kingship is also developing a range of KingCat power catamarans, along with its commercial vessels and refit work. The first KingCat 80, a 24m aluminium build designed by Ivan Erdevicki, is nearing completion and is Kingship’s first yacht built for CCS (China Classification Society) certification and flagged in China.

“We anticipate we will have more clients asking for this type of registration for the tax advantage over imports and easy access to Chinese waters,” said Jeffrey Liang, son of the founder and one of the company’s Directors.

The shipyard, which has about 50 staff, is also building a KingCat 50 in GRP, scheduled for completion this year and to be offered with full electric propulsion, while it also has a design for a 150ft version based on the Incat wave-piercing hull and with styling by Dutch studio Vripack.

The catamaran theme continues at McConaghy, which has been operating at its current facility in Pingsha, west of Macau, since 2006, having started building in Dongguan a year earlier.

Founded by John McConaghy in Australia in 1967, the company has been headed by Mark Evans since 2000 and built more winners and podium finishers in the Rolex Sydney Hobart Yacht Race than any other manufacturer, along with America’s Cup and Volvo Ocean Race boats.

With about 220 staff in China and 45 in Australia, McConaghy still continues its prolific production of Waszp one-design foilers (1,000 hulls) and Moth Mach 2 dinghies (1,500 hulls), but moved into a new era in 2016 with the launch of its first high-performance cruising catamaran, the MC50, which was joined by the MC60 last year. 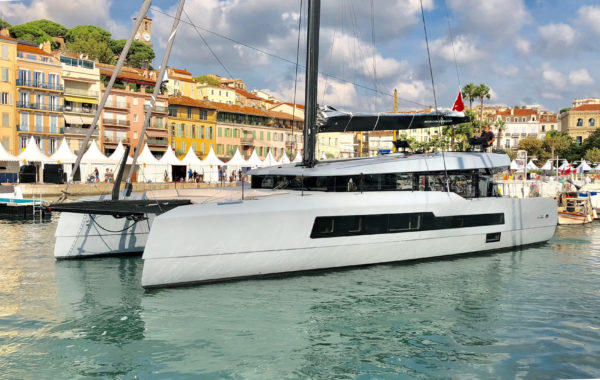 Pioneers of the yard’s new Multihulls range, the MC50 exhibited at La Grande Motte and the Palma International Boat Show before the MC60 was displayed at Cannes, opening up the McConaghy name to a new audience.

The yard is currently building the second and third hulls of the MC60, as well as the second MC50 on spec and the first MC55. It’s also working on a custom-built 90ft cruising catamaran and keeping busy with refit and repair on monohulls and catamarans.

“The McConaghy Multihulls range is really taking off, while our refit and repair capacity has grown massively,” said James Kinloch, the company’s Hong Kong-based Sales Director.

Further north of Pingsha is Jiangmen, home of Heysea, China’s leading superyacht builder and ranked 16th on the 2018 Global Order Book (of 80ft-plus yachts). Chairman Allen Leng, also a co-founder, heads a 400-strong company that produces a range of models led by the Asteria range of superyachts (96-139ft) and Zoom series (58-76ft).

Hudson Yacht Group, founded in 2009 by CEO Hudson Huang (‘HH’), has a strong production facility in Xiamen of about 300 staff and had a booth at Boot Dusseldorf this year.

The yard, which last year appointed a new President, Chris Doscher, builds a range of models including the Hudson Powercat series designed by Bill Dixon and HH Catamarans, which started in 2014 and last year added a new Oceans Series line. 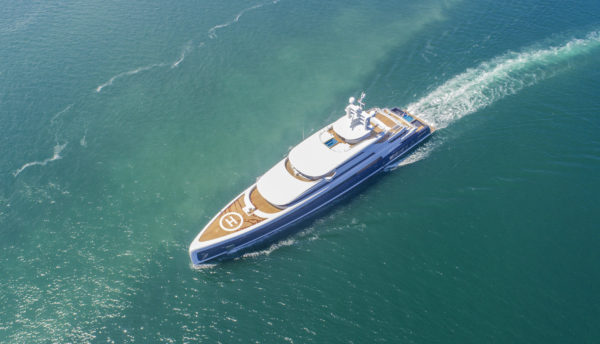 The 88.5m Illusion Plus launched by Pride Mega Yachts in 2018 is the biggest yacht built in Asia

Pride Mega Yachts made headlines last year when it launched the 88.5m Illusion Plus – the biggest yacht ever built in Asia – at its shipyard in northern Shandong province.

After the company exhibited at the Dubai International Boat Show and Singapore Yacht Show, the yacht itself was on display at the Monaco Yacht Show in September and in March was still for sale with an asking price of US$145 million.

Email [email protected] for print subscription enquiries or subscribe to the Magzter version at: