Having welcomed the first Pershing 140 to Hong Kong last October, Ferretti Group Asia Pacific is in the midst of a flurry of deliveries, with a significant number of arrivals in the final quarter of 2019 and several other large builds on their way or under construction for owners based in the region. 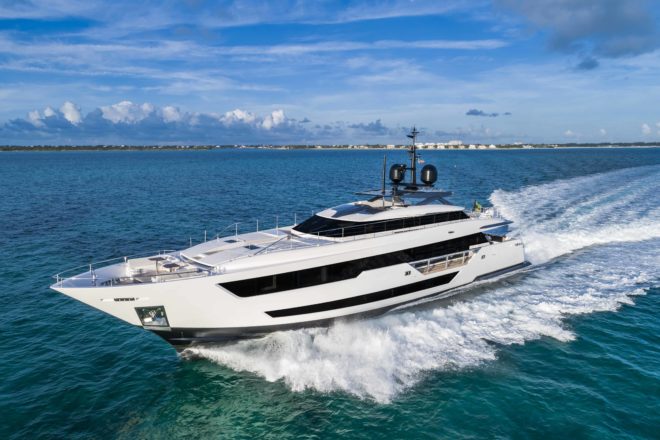 As well as Pershing’s flagship 140 Chorusline (cover story, Yacht Style Issue 51), Ferretti Group’s Hong Kong deliveries in October included a Riva 90’ Argo, a model only launched in 2019. A 38ft Rivamare was also delivered to Thailand and is on display at the fifth Thailand Yacht Show (January 9-12) at Royal Phuket Marina.

The Thailand Yacht Show is also hosting the Asia premiere of the Custom Line Navetta 33 after the 108-footer was delivered to Phuket in November. In the same month, a Custom Line 120’ – a model unveiled at the 2018 Cannes Yachting Festival – was delivered to Hong Kong. 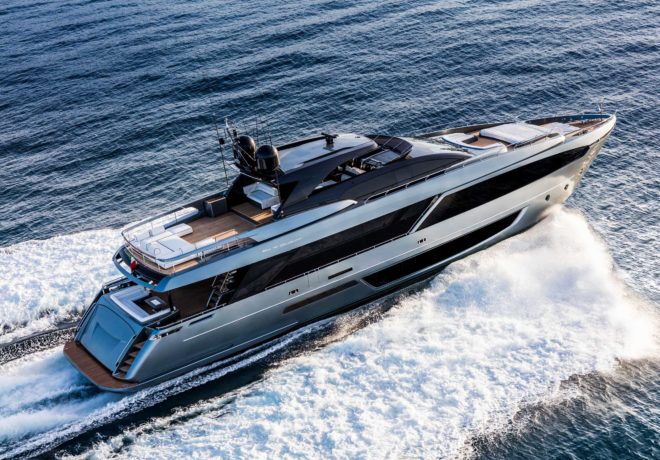 The Riva 110’ Dolcevita is proving popular in Asia

Palau was the remote destination for a Riva Florida 88’ in December, which was a strong month for Ferretti Yachts deliveries, with a 550 to Sydney, a 670 to Singapore and an 850 to Hong Kong.

The Riva 110’ Dolcevita was the brand’s flagship when it was premiered at the 2018 Cannes Yachting Festival (succeeded by the 50 Metri in 2019), and at the start of this year, two units of the stunning Dolcevita were on their way to Asia, one for Hong Kong and the other for mainland China. 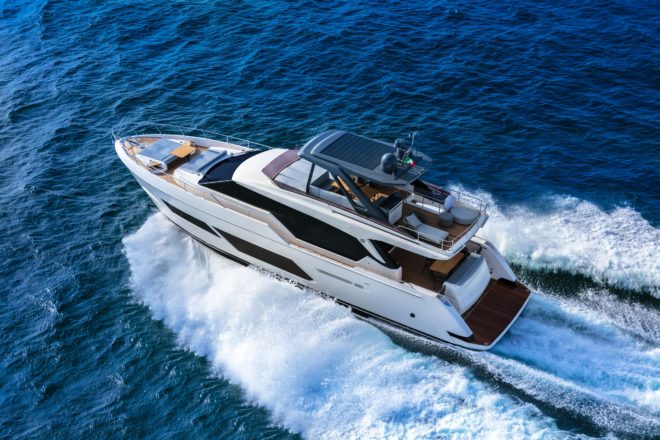 A Ferretti Yachts 720 will head to Australia

Another Riva 110’ Dolcevita is in build for an owner in mainland China, while further Ferretti Group models under construction for owners in Australia include a Riva 90’ Argo and a Ferretti Yachts 720, the brand’s newest model following its world premiere in Cannes last September.