When I was offered the opportunity to write this guest column for Yacht Style, I was initially going to share several exciting developments that signalled a great start to the new year for Simpson Marine after the negative impact of the US-China trade war and the Hong Kong protests. 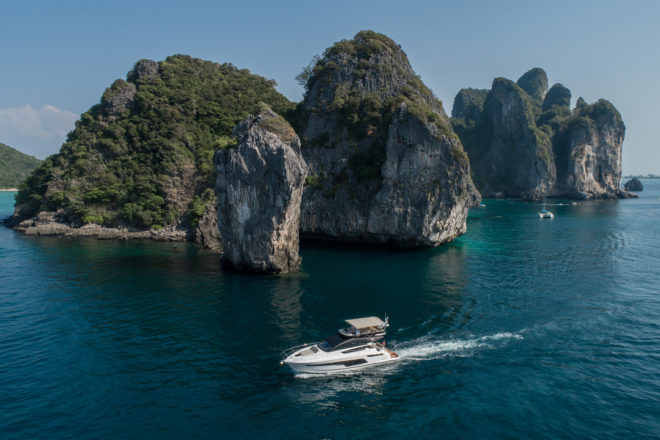 But here we are in the midst of the novel coronavirus (Covid-19) epidemic, which is having a dramatic effect on the lives of millions in Asia, especially in China, and across the world. Apart from the human suffering this is causing, this has inevitably had a negative effect on business.

Other events that we were involved in, like Art Basel Hong Kong (Sanlorenzo is a three-year partner), and various regattas and events we were planning in the region have either been postponed or cancelled.

Although the virus is still spreading, we must remember that it will eventually subside. Meanwhile, life goes on, so within the constraints imposed on us by the need to stay safe and follow government guidelines, we are doing our best to continue supporting our owners and clients to enjoy life to the fullest on the water.

In fact, the idea of sharing time with loved ones and friends far away from the city and reuniting with nature seem to be particularly appropriate and appealing in the current circumstances. Simpson Marine at the 2020 Thailand Yacht Show in Phuket

I’ve been in Asia for over 40 years now and since founding Simpson Marine in 1984, we have lived through many health, economic and political crises from the bursting of the Japanese economic bubble in 1991 through the Asian financial crisis of 1997, SARS in 2003, Indian Ocean Tsunami in 2004, Avian flu, the Global Financial Crisis of 2008 and more recently the protests in Hong Kong.

All of these events have had a negative impact on business around Asia and hence on Simpson Marine. In fact, my decision to open offices in different parts of Asia was prompted by the realisation that survival in the relatively small Asian yacht market would be a balancing act.

When one country’s economy was slow and the market inactive, we would need revenue from another part of Asia to survive. That is still the pattern today and the reason we are still around, stronger than ever with 12 offices in seven countries and confident in the future.

With this in mind, let me circle back to the thoughts I was initially going to share.

We started the new year with an incredibly positive Thailand Yacht Show, where we sold three Lagoon catamarans and an Aquila power catamaran. We also presented the new Fairline Squadron 50, which coincided with the January announcement of the extension of our Fairline dealership from Hong Kong and the Philippines to include seven more Southeast Asian countries and Taiwan. This is great news for us. This famous UK shipyard has recently invested heavily in new production facilities and new models including the incredible F//Line 33 that I personally tested at the Cannes Yachting Festival last September, enjoying a smooth, dry ride at over 50 knots!

Fairline also staged the world premiere of its new Squadron 68 at Cannes, while this year the brand will debut the Targa 58 GTB, which features an innovative foldout beach club that’s typically only seen on superyachts.

With the close collaboration between Simpson Marine and the new management at Fairline, we expect to see a big increase in the number of Fairlines coming out to Asia.

Another major company announcement in January 2020 was the appointment of Simpson Marine as the official dealer for Bluegame, a new brand of Sanlorenzo. Sanlorenzo is the rising star in the yacht industry and has been tremendously successful in Asia since we took on the distribution in 2013, with most models in its extensive range now cruising in the region.

Bluegame offers new, unconventional designs and is a great entry point for aspiring Sanlorenzo owners. The new BGX70 presented in Cannes last September was a head-turner and one of the show’s most exciting world premieres. 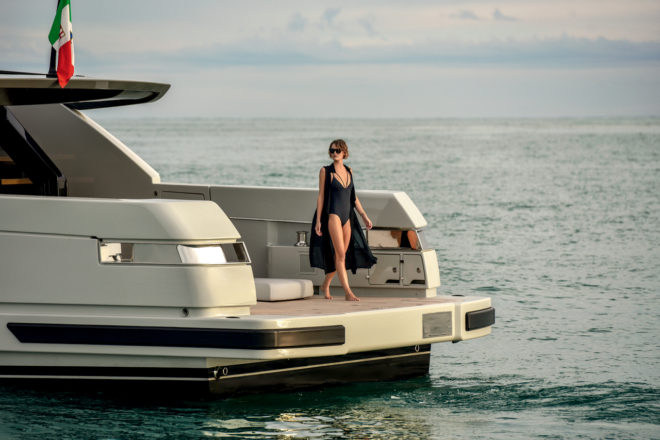 Our decision to deepen our engagement with Sanlorenzo and Fairline on the motor yacht side has meant we could no longer continue as dealers for Monte Carlo Yachts. As announced in January, we have agreed with the management of Monte Carlo Yachts to stop representation of their range of luxury motor yachts in Asia.

We have sold a number of their yachts to Asian owners including a recently delivered new-model MCY 70 in Thailand and will continue to provide service to their owners, but we will no longer be official MCY dealers.

We continue to grow the catamaran market with Lagoon and its new Sixty series, with the Sixty 7 (power) and Sixty 5 (sail) both selling well. Now, we finally have a replacement for the legendary Lagoon 620 sailing cat, which has been the leader in its sector for over 10 years and a very popular model in Asia.

During the Cannes show, I fell in love with the new First Yacht 53, a beautiful performance sailing yacht for serious offshore cruising and competing on the race circuit. When I finally retire from this industry I love, this could be the yacht on which I sail off into the sunset! 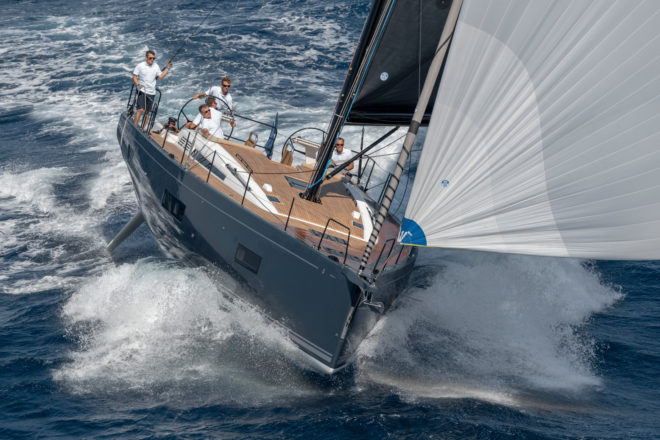 In the coming months, we have plans to expand our regional reach into Vietnam, Cambodia and the Philippines. This expansion of our geographic spread is a natural step for the company as we have previously been selling yachts into these locations through our Hong Kong or Southeast Asia offices. We have had offers to expand into other countries in the region … but we are not there yet.

Having already owned, chartered and sailed yachts for many years, I started Simpson Marine knowing the importance of providing good service and after-sales care, and this has always been a priority of the company. Over 40 per cent of our work force are involved in after-sales service.

Over the years, we have been continuously developing our Charter, Yacht Care and After Sales Service divisions, which all contribute to smooth sailing for our owners.

Simpson Yacht Charter operations are expanding rapidly and today we are serving global clients holidaying in Asia, the Pacific, the Caribbean and the Mediterranean with a wide range of charter yachts including luxury catamarans, motor yachts and superyachts, offering both day and overnight charters.

We have a growing number of buyers and owners taking advantage of our charter ownership programme. This allows owners to earn revenue to cover maintenance and yacht care from charter, and even make a profit! 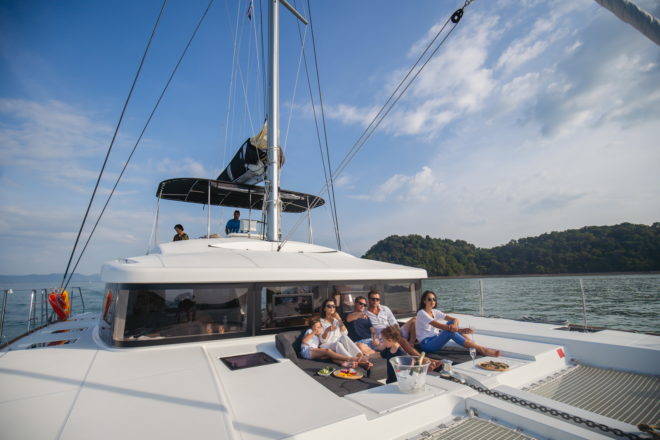 Our Yacht Care service is unique in Asia, offering specially tailored packages for owners who either don’t live where their yachts are located or don’t have the time, or want to spend the time, to manage them. In Phuket alone we have around 20 yachts annually enrolled in this programme and are receiving increasing interest in this service.

As such, it makes me sad to see so much plastic floating in the water, corals dying and sea pollution destroying this spectacular environment. Simpson Marine takes part in several environmental causes and I invite you to join us and give back to the sea, our planet’s biggest treasure.

Happy boating to all of you, stay healthy and keep the oceans healthy, too!

Mike Simpson is a pioneer of Asia’s yachting industry and has played a leading role in the growth of the yachting lifestyle across the region since he founded Simpson Marine in 1984. He developed Simpson Marine into the largest new-yacht sales, brokerage and service company in Asia, now with 12 offices across seven countries and over 100 staff. A distributor for Sanlorenzo, Bluegame, Fairline, Beneteau, Lagoon and Aquila, Simpson Marine also has dedicated superyacht and charter divisions. Mike is passionate about sailing, exploration and flying vintage planes.