Silent-Yachts has reported four new sales during the last few weeks and says it currently has eight units in build across production facilities in Italy, Thailand and China, where the company builds its Silent 55, a model displayed at the last two editions of the Cannes Yachting Festival. 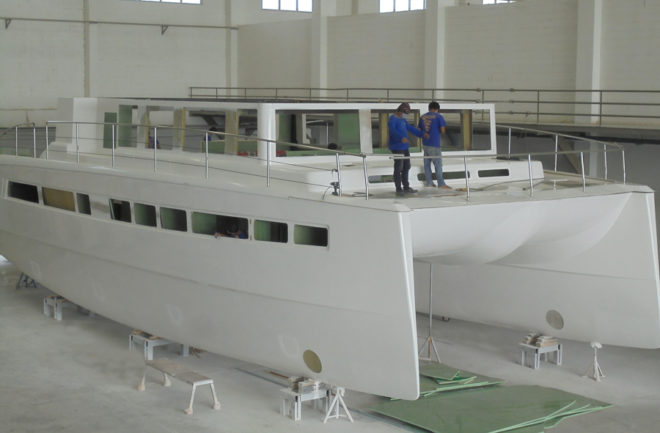 The Bakri Cono Shipyard in Thailand is building the Silent 60

Founded by Austrian Michael Kohler, the company is currently building three units of the upcoming flagship Silent 80 in Italy, four units of the new Silent 60 in Thailand and Italy, and one unit of the Silent 55 in China.

“We sold four boats during the peak of the crisis,” said Kohler, the company’s CEO. “We believe people are more aware than ever of the fact we live in a fragile ecological system. There is a high dependency on fossil fuels, which will not be available at any time in any place.

“People are looking out for yachts that are even more independent from fossil fuels than sailing boats. Silent-Yachts offers the solution, as our catamarans are being powered by the sun. The solar energy harnessed is not only used for propulsion but also supplies energy to all household appliances on board.”

In total, the young company has sold 25 solar-electric catamarans, with 11 already delivered. The Silent 60 has secured eight sales, making it the brand’s best-selling model. The units in Thailand are being built at the Bakri Cono Shipyard near Pattaya. 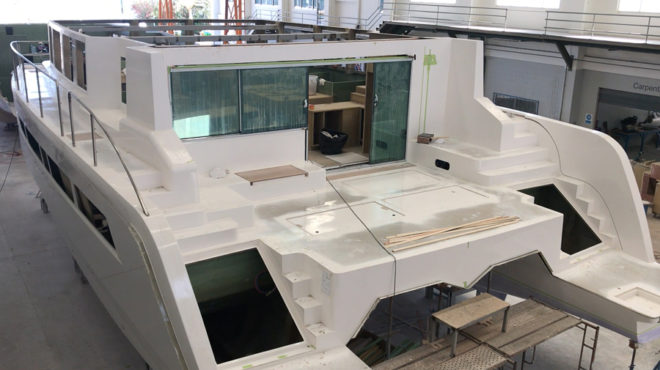 “Our shipyards are streamlined and coordinated in a highly efficient manner,” Kohler continued. “This made sure they were able to deal with any unexpected challenges and continued to make significant progress regarding the production process of all our models. As a result, we’ll deliver the first two Silent 60 catamarans to their owners before the end of the year.”

As well as the 55, 60 and 80, Silent-Yachts has also revealed designs for a Silent 80 Tri-Deck and is developing new models.