Despite the emergence of so much talent, the main challenge for the China fashion world is dealing with three simple words that for decades have meant inferior rather than fashion-forward: “Made in China”.

In fact, the term Made in China – with all its negative connotations – does not communicate the full picture. Most European fashion brands have a major component (if not all) of their production done in China, proving that quality is not necessarily as compromised as commonly thought. While there may be some subpar production facilities across the nation, China also offers some of the most advanced and dynamic textile factories available in the world.

If there is no lack of innovation, talent and facilities within the country, what is it exactly that fuels Chinese consumers’ love affair with foreign brands? Most of these consumers, who are estimated to spend on average 180 per cent more on fashion from abroad than home-grown brands, will be well-aware that a lot of international branded goods are produced in China. 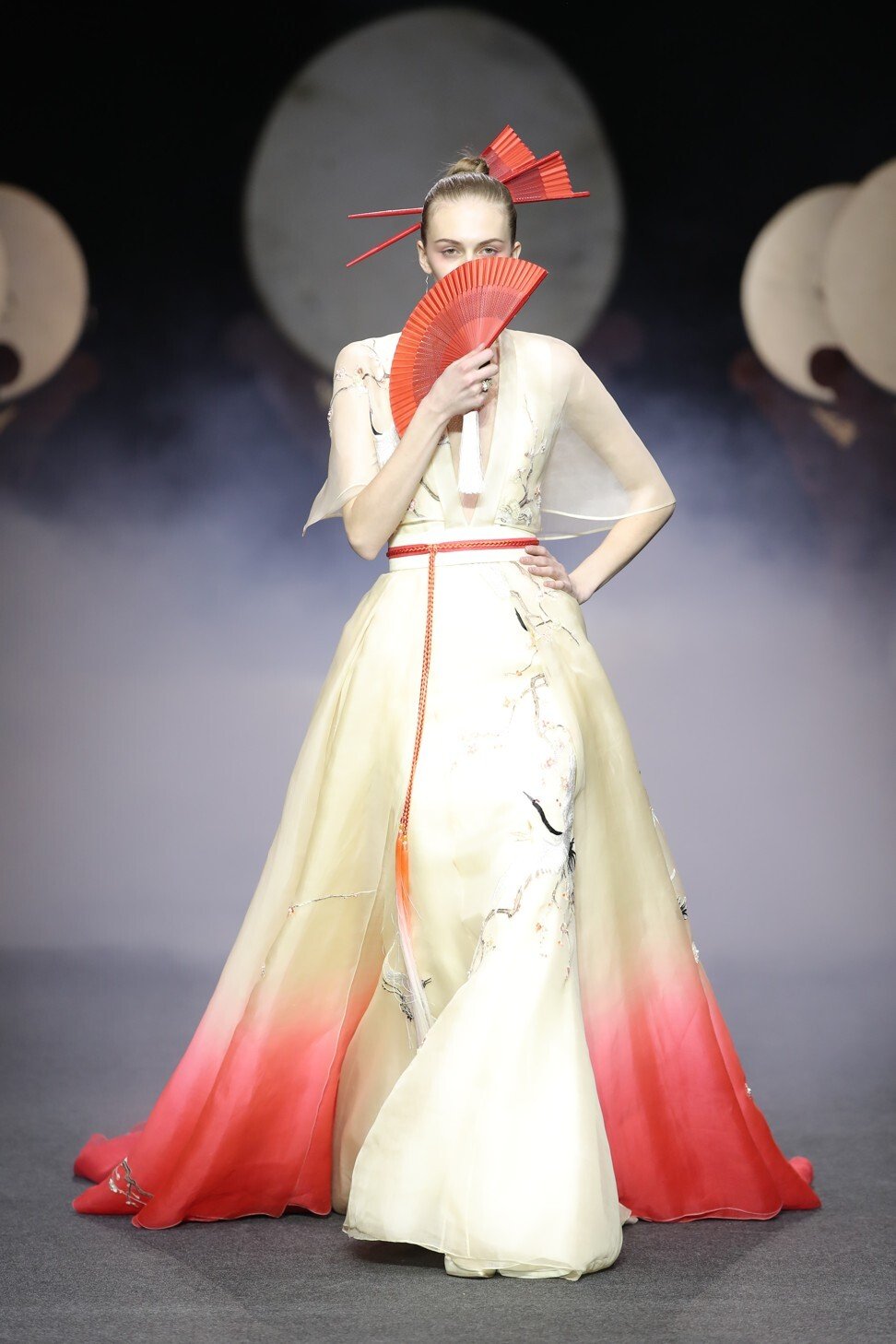 China-born, Central Saint Martin-educated designer Yueqi Qi was trained at the ateliers of Chanel and Givenchy before returning to her homeland to establish her own brand in 2019. Her collection channels beading designs handmade in China.

“I’m confident that the new generation can reinvent the reputation of ‘Made in China’ as a pool of talent like Samuel Guì Yang and myself have learned the skills overseas, and we have faith in what we make,” Qi explains. “Customers usually don’t look at where the product is made but focus on the items overall. Other factors like sustainability could be a decisive factor instead,” she adds.

Luxury consumerism in China is still undergoing a huge transformation, and is yet to be truly defined. To put things in perspective, over half of today’s high-net-worth individuals in China were not of that status five years ago. This has been a common pattern over the past three decades and one that continues to grow. According to research institute McKinsey & Company, this is good news for Chinese designers as local consumers are open to new things as their status and wealth increases.

Chinese designers are not lacking the knowledge and skills it takes to create desirable products, with many, like Qi, having studied or worked for prestigious design schools worldwide. The realisation that a focus on creativity is a better remedy for gaining widespread acclaim rather than focusing on short-term commercial success, is beginning to take root. What could be an even more important step towards creating an authentic connection is to fully embrace the Made in China tag.

Back in 2014, some Chinese designers found a creative way of doing exactly that, by labelling their products as “Proudly Made in China”. Designers such as Guo Pei, Xander Zhou and Samuel Guì Yang have moulded entire collections, and even careers, in an effort to convey this message, and have achieved global success as a result. 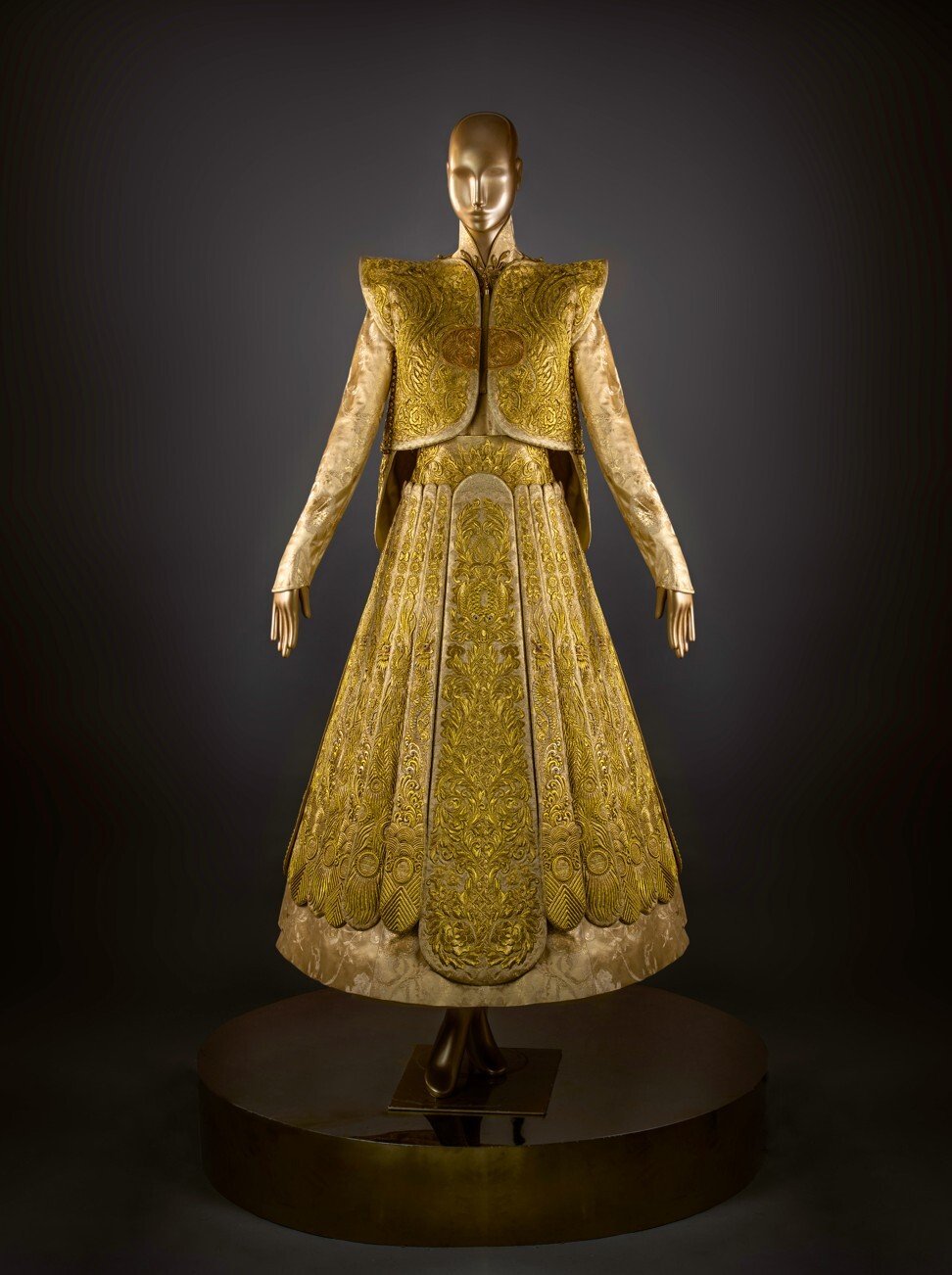 Alongside this creative success, given that nationwide Chinese patriotism is on the rise, it’s likely that young consumers will likely feel increasingly positive towards local brands.

As for China’s Gen-Z nouveau riche, this hope is already a reality. AliResearch, a research institution by Alibaba (which owns the South China Morning Post) found in its Chinese consumer brands research for 2020 that Chinese brands predominate among buyers; for “post-95” consumers, the brands in their shopping trolleys tend to be Huawei and Xiaomi rather than Apple or Nike.

Elsbeth van Paridon, a fashion and urban culture journalist, and founder of The China Temper explains how the “ad nauseam prejudgments” about the Made in China label are “undergoing the ultimate 21st century makeover – with a subversive twist”.

Van Paridon adds that this “unique phenomenon” is rooted in the rise of individualism and self-expression, and that China’s younger generations are “on the prowl for … individual exclusivity”, and while they are looking to separate from previously regulatory norms, they are “not disposing of their upbringing and heritage”.

“What Chinese millennials want from their brands is ‘uniqueness’, humour, a little bit of swag,” Van Paridon continues, and concludes that they “slowly but surely [are] updating their overall fashion acquisition narrative”.

Indeed, younger Chinese consumers are much more fashion-forward than previous generations. Those who will make up the market in coming years are highly educated, well-travelled, and are increasingly gaining familiarity with voicing a sophisticated and edgy fashion sense their parents may not have dreamed of.

“70 per cent of our consumers come from China who are mostly between 20 to 30 years old. There’s a big interest from American and Canada too,” says Qi. 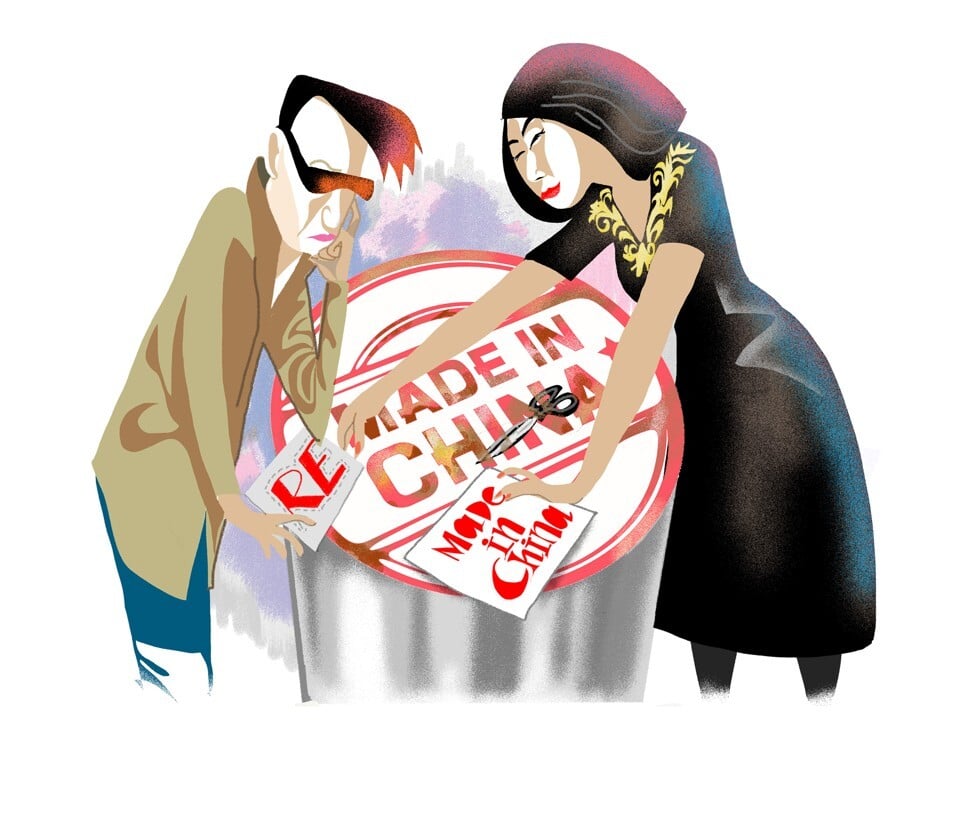 Chinese designers are reimagining what it means to carry the label ‘Made in China’. Illustration: Craig Stephens

Going after the same Louis Vuitton bags that everyone else already owns is a thing of the past for young consumers, and there is now an increased emphasis on identity expression, rather than the blind following of trends. This is one of the reasons Louis Vuitton closed three of its domestic stores, including its flagship in Guangzhou, following a tremendous slump in sales. Prada and Burberry have done the same.

Vincent Djen, a fashion industry veteran and commentator, supports these claims. “What I’m seeing now in China is that the younger generation of consumers, the ones born after the 90s, are more willing to buy local brands,” and he attributes this shift to more refined production standards, and branding that resonates well with “younger, more sophisticated consumers”, giving new entrants the upper hand in comparison to the more mainstream European labels.

Djen also notes that the evolving awareness and pride surrounding the “New Made in China” is a result of an overall “product upgrade” across all industries, led by the likes of automobile and tech. This is certainly the case with brands such as Huawei or ZTE, that see more than half of their income derive from overseas.

But how long it will take for this transformation to truly happen in the fashion world? Djen responded, “It will come. Fashion reflects the evolution of society, culture, and art,” noting Japan’s and Korea’s similar momentum over the past three decades. “Take your time and communicate your brand’s story,” Djen advises emerging designers, and adds that this simple effort is what will elevate success, as opposed to “just selling products quickly”. 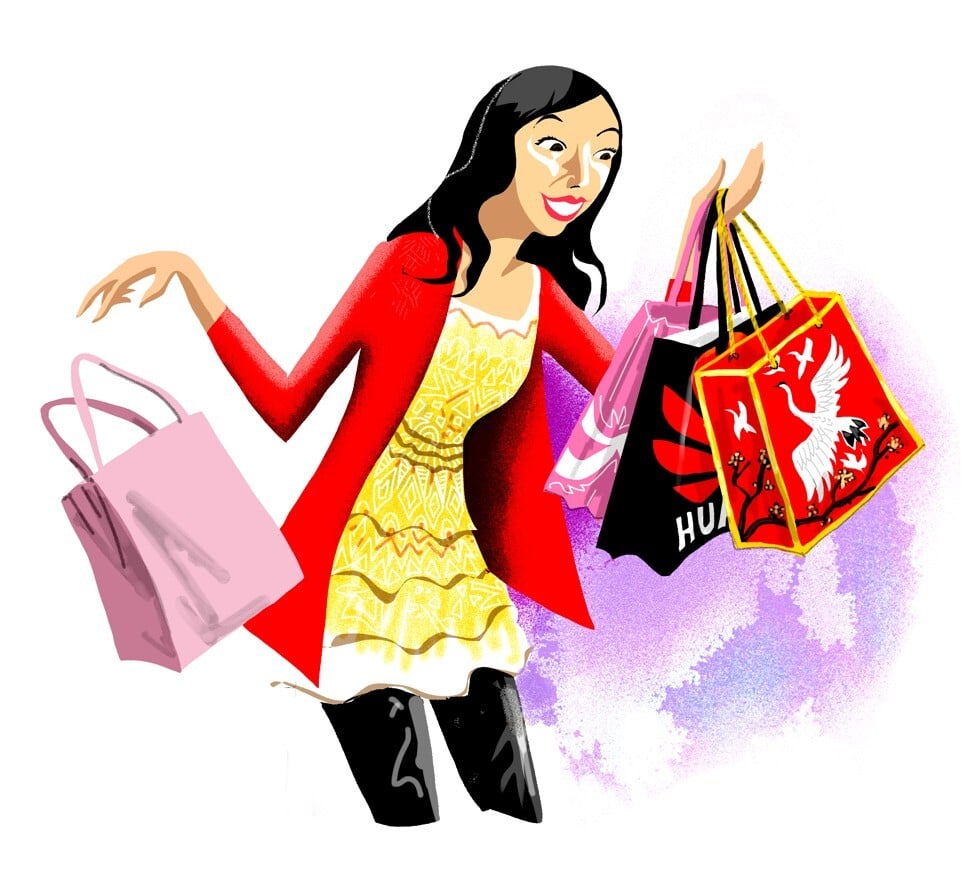 As we approach the third financial quarter of what has been a year of havoc across all industries, with luxury fashion a major casualty, a few things are becoming clear. Many fashion brands and retailers are disappearing, creating a more level playing field for new entrants looking to fill the gaps. Throwing on top the fact that global supply chains are still somewhat crippled, this creates a prime opportunity for China’s online business-to-consumer (B2C) platforms to use their strengths, which domestic brands understand well.

In the wake of a fresh wave of patriotism encouraged by China’s prompt response to the Covid-19 pandemic, we are left with a significantly more enabling landscape for emerging talent.

The awakening of the new and refined Made in China may become a reality sooner than we think. When Chinese consumers embrace and encourage home-grown talent, it will only be a matter of time before it ignites a global trend, where the appeal of the rebranded Made in China label will gain recognition for its quality and authenticity, and makeover previous connotations once and for all.